Do not insult Allah; He is your God too. 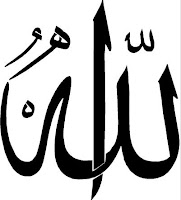 The icon of evangelical fundamentalist Christianity, Pat Robertson, would not waste a chance to restate that Muslims do not worship the same God that ‘Judeo-Christian’ believer’s do. I am not sure if most Jews agree with his Christian understanding of God, but that has never stopped him and others of the same mindset from making that claim.
To him, Allah is not God. It is just an Arab Muslim Idol. Not only that, but he comes up with whole Hollywood type story about the moon god who has three daughters that Muslims worship (see that and more equally ‘smart’ statements here http://www.cbn.com/700club/features/bringiton/falsereligions-index.aspx#3. This nonsense is ear-catching for his target audience, but is just - to put it mildly - stupid; plain and simple.
These statements prove that one may be famous, rich, and influential yet be totally ignorant and do not even know what they are talking about. That, unfortunately does not change the fact that many non-Muslims, especially in North America, that still think the same way, regardless of what they think of Pat Robertson.
Allah is the Arabic word for God (upper case ‘G’). It has its roots in Aramaic, one of the roots of Arabic Language, and has been used many centuries before Islam by Arab Jews and Christians. Not only that, it is the word used for God/Lord (upper case) in the Arabic translations of the Old and New Testament.
Take a look at this example from Genesis (http://www.ibs.org/) with the Arabic translation from http://www.biblegateway.com/. The words “God” and “Allah in Arabic, الله ” are highlighted:

1 In the beginning God created the heavens and the earth. 2 Now the earth was formless and empty, darkness was over the surface of the deep, and the Spirit of God was hovering over the waters.
3 And God said, “Let there be light,” and there was light. 4 God saw that the light was good, and he separated the light from the darkness. 5 God called the light “day,” and the darkness he called “night.” And there was evening, and there was morning-the first.
And for an example from the Gospel of John:
1 In the beginning was the Word, and the Word was with God, and the Word was God.
2 The same was in the beginning with God.

Arab Christians use the word “Allah” (meaning God) in their prayers and worship. Many Arab Christians have the name “Abd-Allah”, meaning the “Servant-of-God”, the same name that many Muslims have. The image on the side is the Arabic script for ‘God is Love’, a common saying for Egyptian Christians. Notice the word on the right. It is Allah (for God).
The Arabic language has masculine and feminine forms. Like English, it also has single and plural forms, with a third form for a count of 2 of the same thing. The word Allah in Arabic has a very special status though. It is not defined as masculine or feminine, it exists only in the singular form, and it does not undergo any derivation. Grammatically it is treated as masculine, but it has no inherent gender.
The uniqueness of the word Allah in Arabic may be in part responsible for the occasional use of Allah by Muslims speaking in English, rather than the word God. The word god has multiple forms: upper case, lower case, plural and feminine forms (God, god, gods and goddess). It can be used to describe the absolute divine, but it can be used to describe a teen idol or a music diva. I personally prefer to use the word ‘God’, but I would always remind my listeners that it is the ‘upper case one’.
I know some people may be now thinking: Well, even if it means God it still does not mean that Muslims worship the same God Christians and Jews worship. So here is a brief primer on divinity in Islam.
Islam is a monotheistic religion (defined by some as ‘rigidly’ monotheistic). God in Islam has no form or shape that is amenable to human senses, but his presence can be perceived. Therefore, humans can sense the existence of the Divine, and believe in it. Any attribute of His that may have a human equivalent, is made with no attempt to make analogy or simile to humans.
This is expressed in a very short chapter of the Quran (Ch. 112, 1-4): “SAY: He is the One God: God the Eternal, the Uncaused, Cause of All Being. He begets not, and neither is He begotten; and there is nothing that could be compared with Him”.
In Islam, God is the ultimate abstract idea of a Divine Entity. He has no beginning, and no end. He is the creator of the universe and the sustainer of all that exists. He is the Master of the Day of Judgment. He cares about us, knows what we do, and wants us to succeed in this life, and in the life after.
If someone does not think that this is the God they worship, then that is their concern. As for those who grasped my description of what God means to Muslims, the next time one feels like saying something nasty about “Allah”, they should hold back. It is their God too.
Posted by Khaled at 2:12 AM